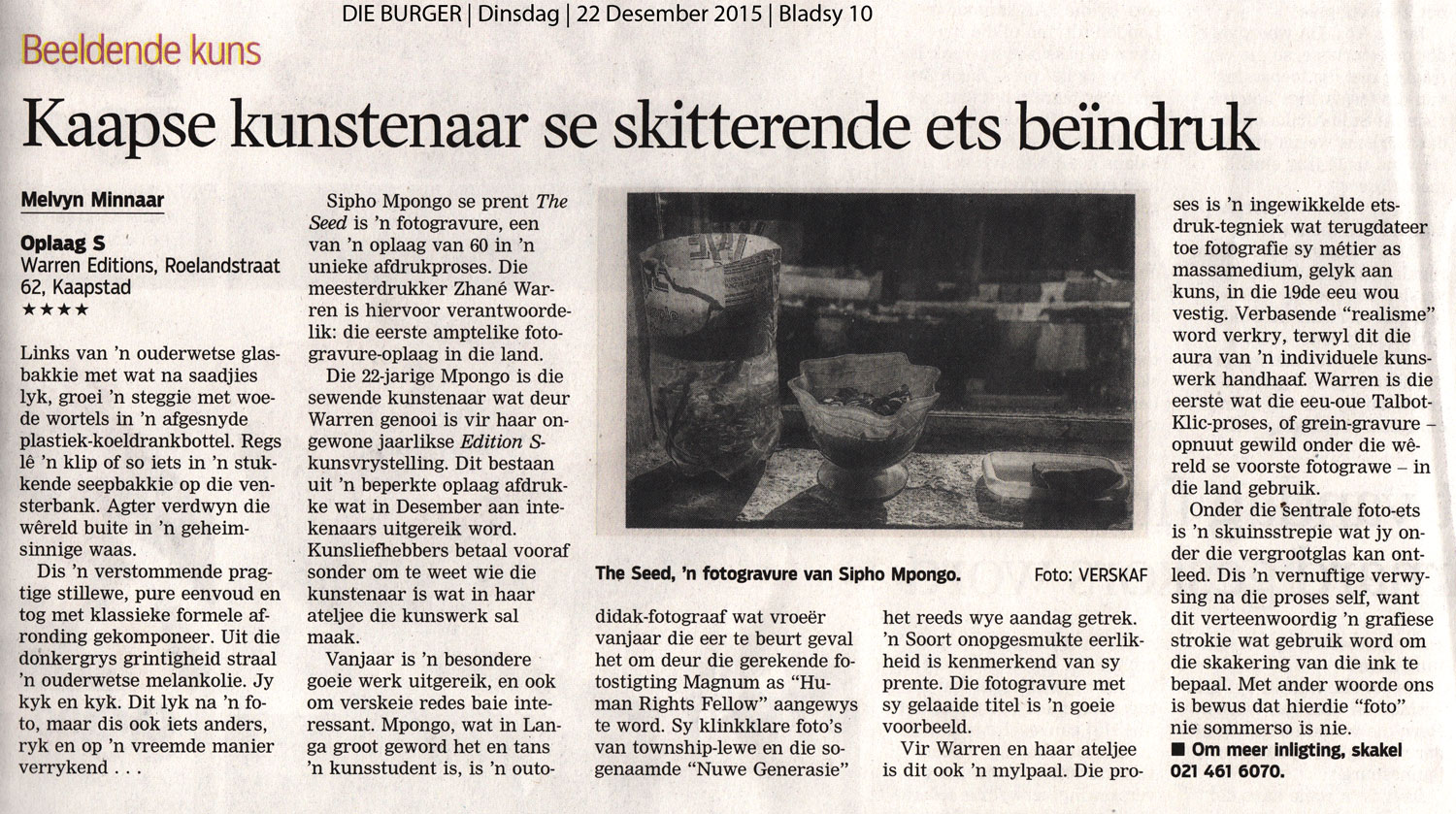 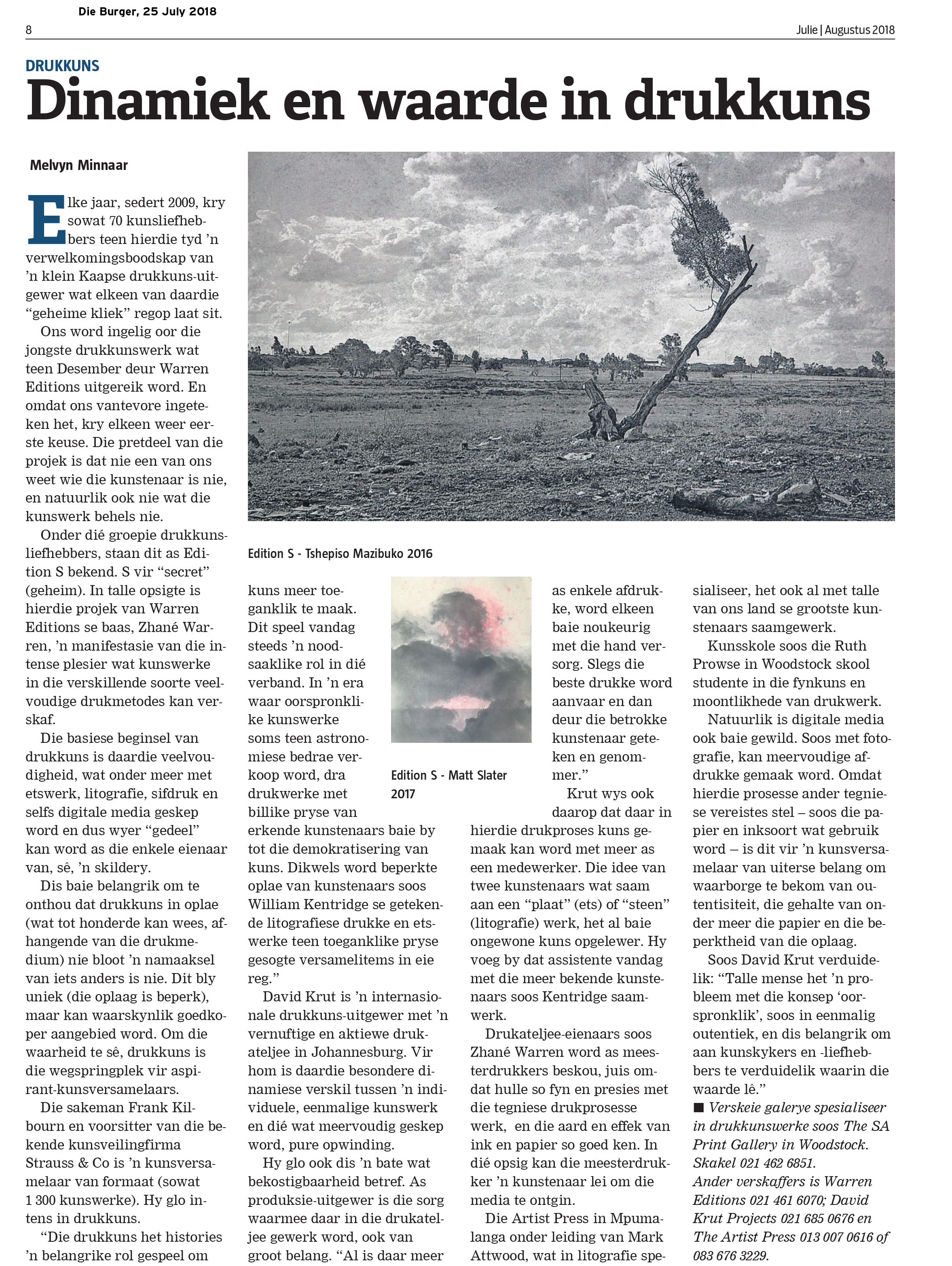 To read an article: click on the image and the green arrow is for enlarging.

Every year Zhané Warren selects an artist to create a work in etching for the Edition S. That artist’s identity is kept secret and only announced after a specified date. Prior to this date people can subscribe to the Edition S. Awaiting a surprise at the end of the year.

This project is now in its 12th year, besides its success, it cultivates a culture of collecting prints. Some people have bought every year and have the entire Edition S collection. Every year, the edition has sold out prior to the release of the print.

Below are Edition S prints from the previous years: 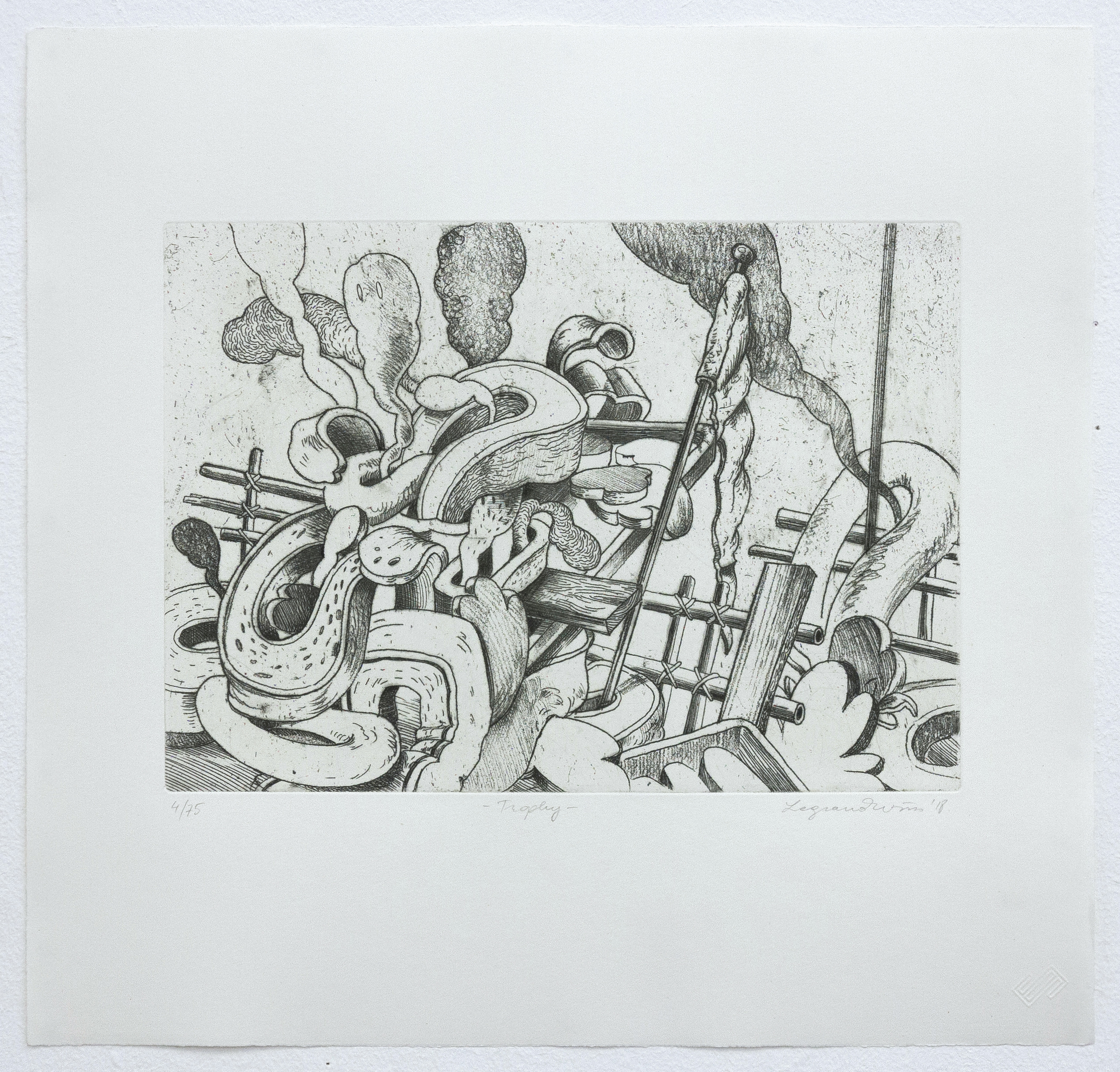 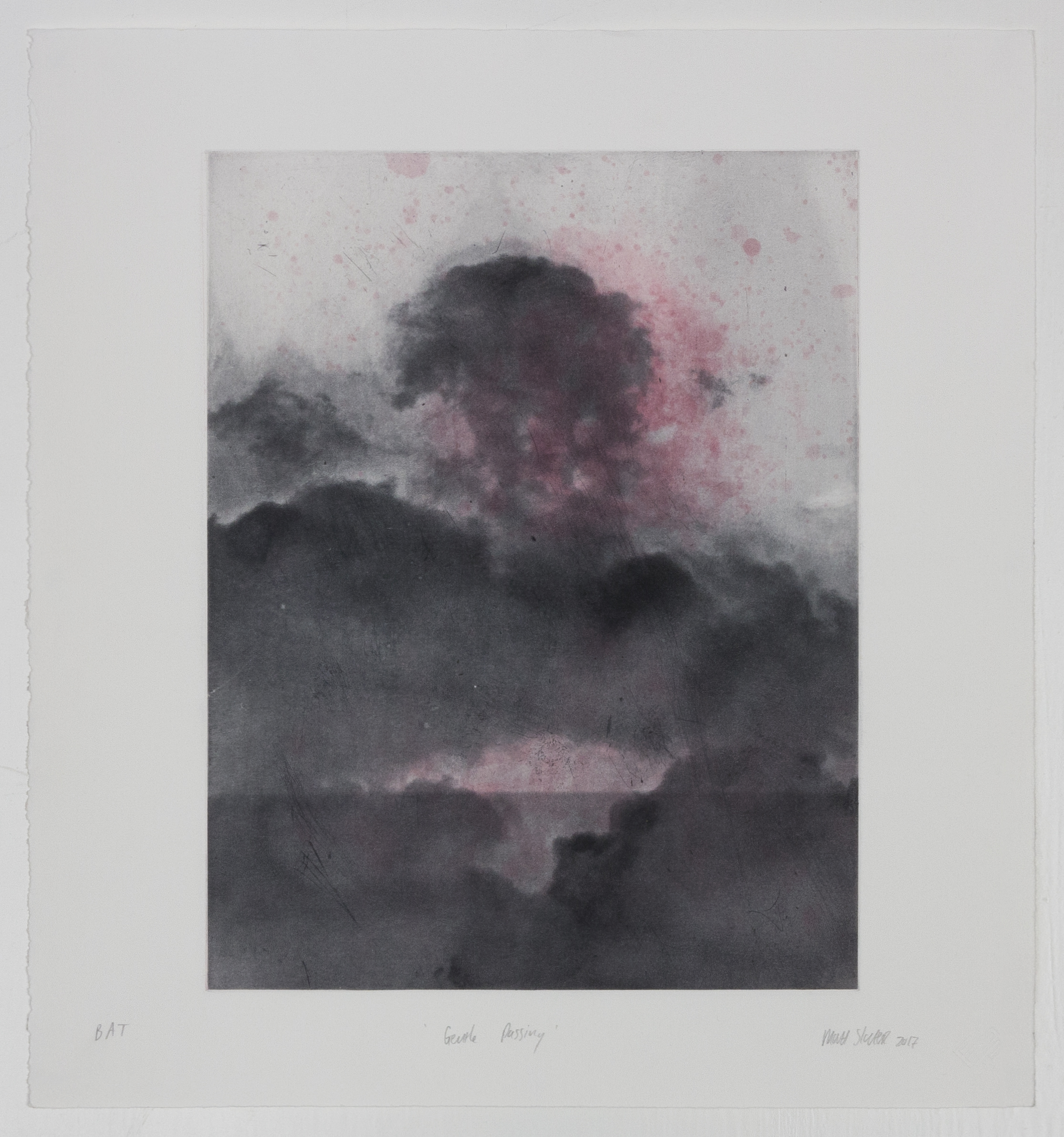 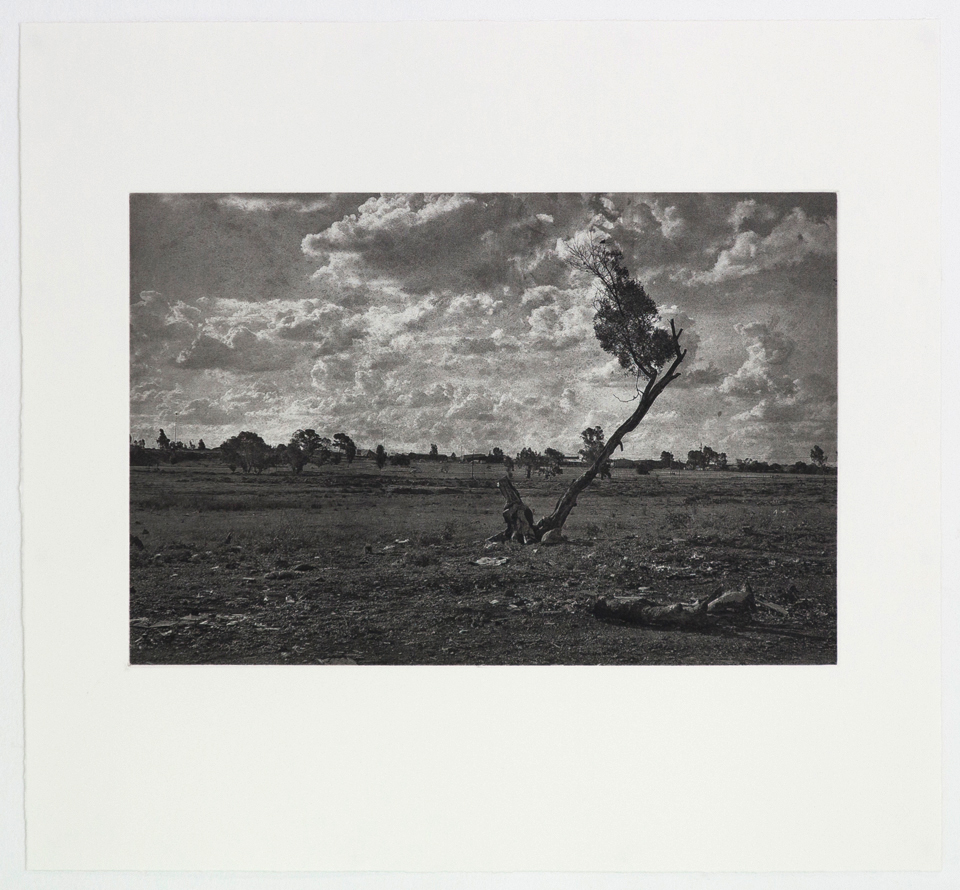 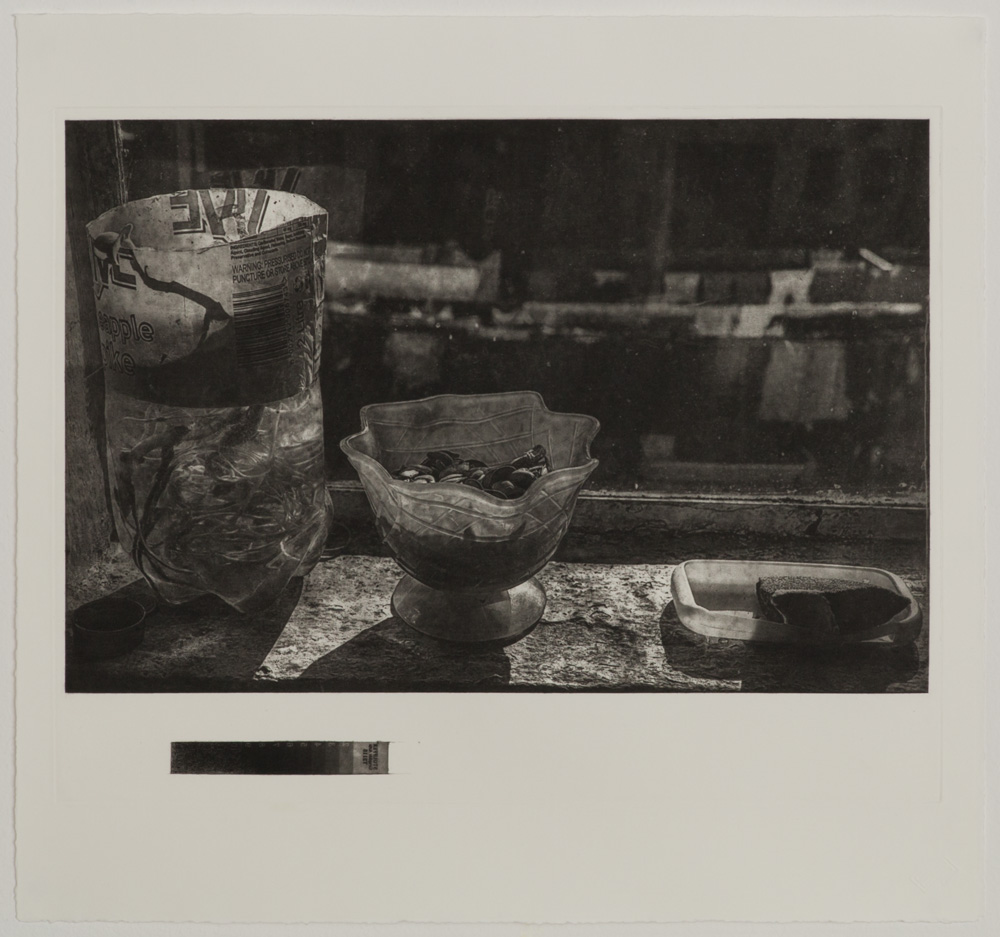 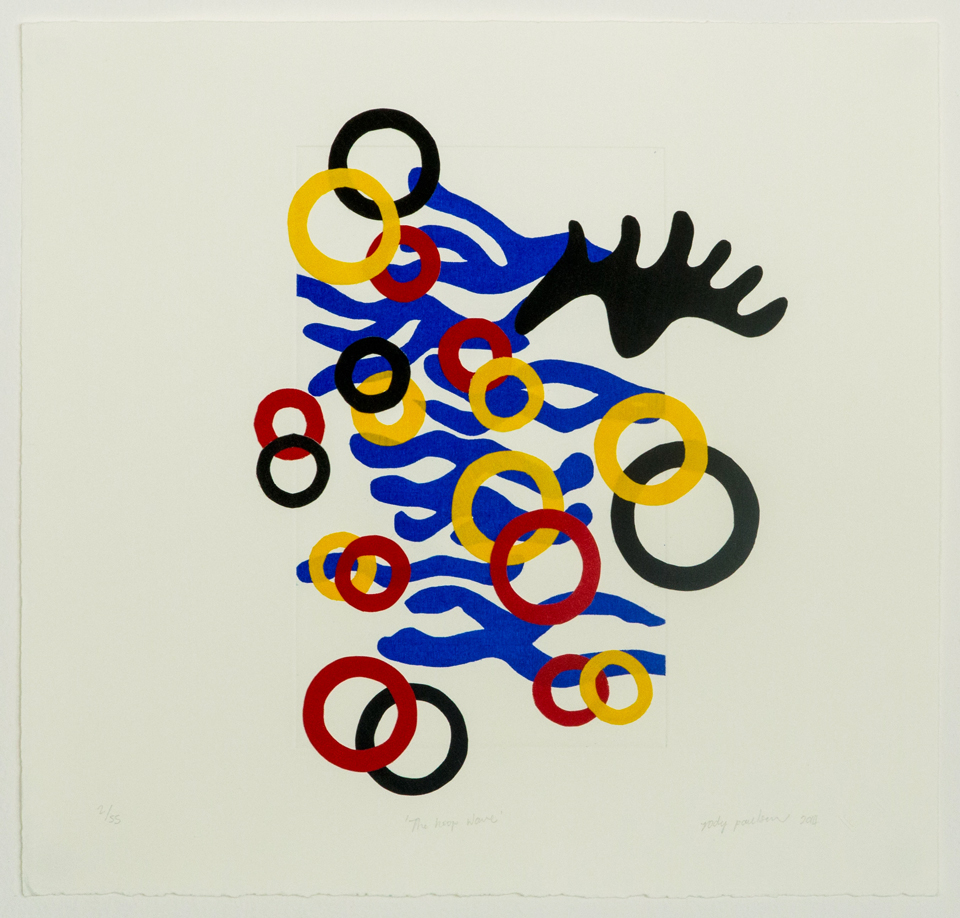 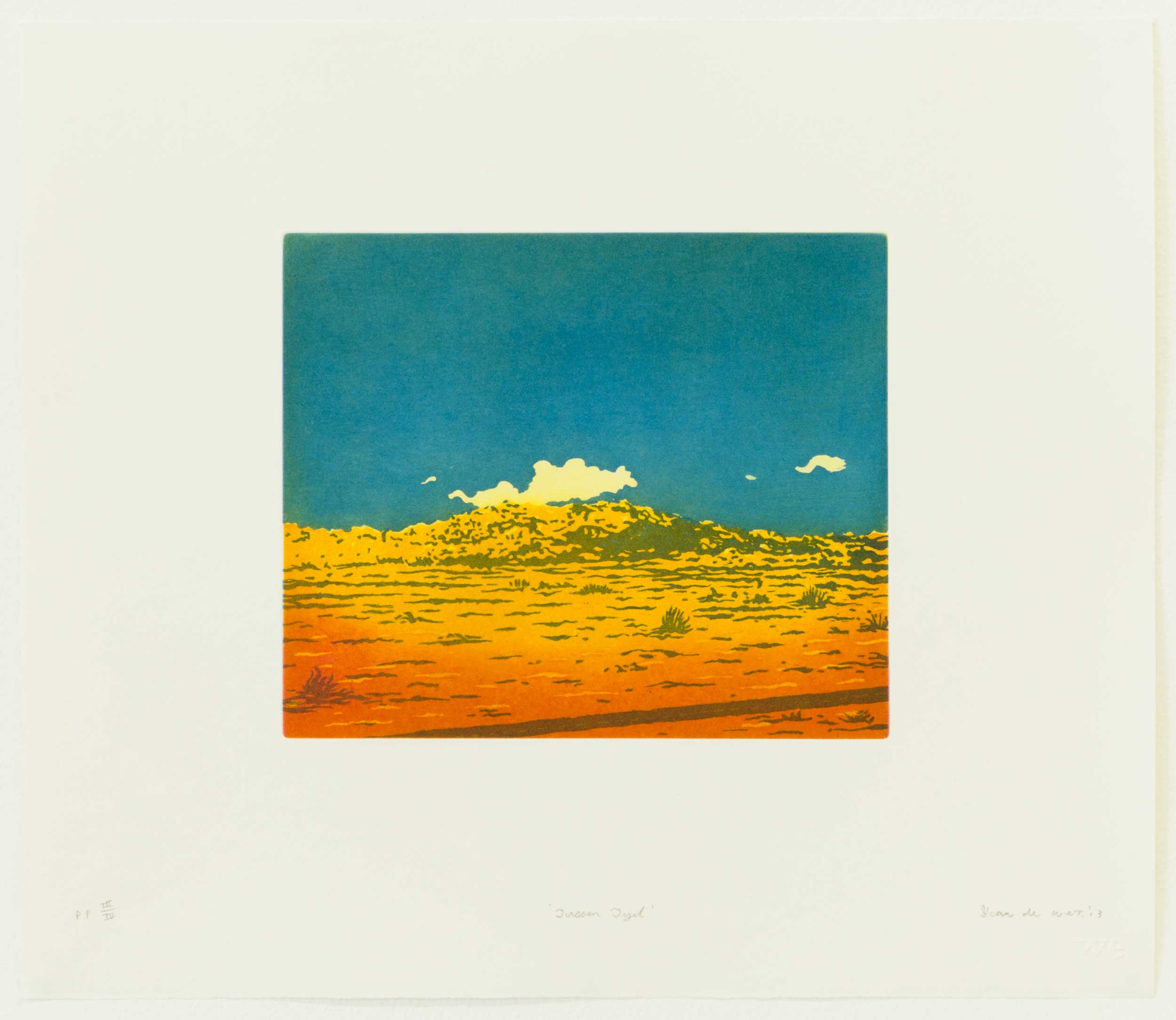 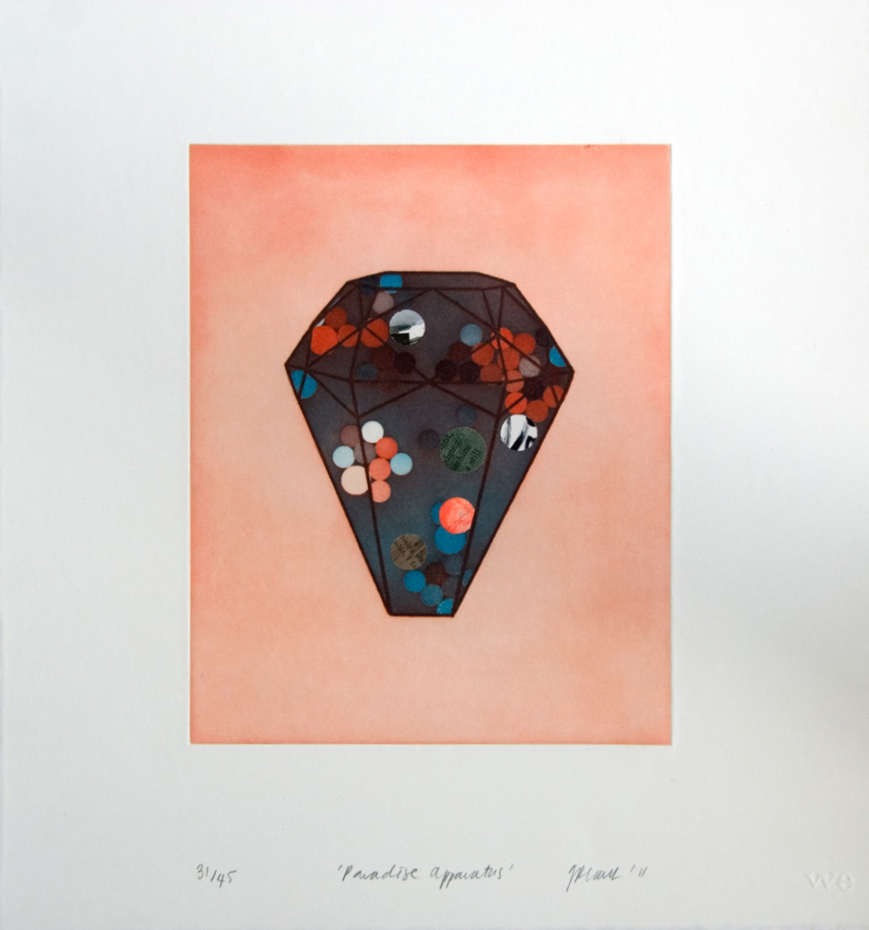 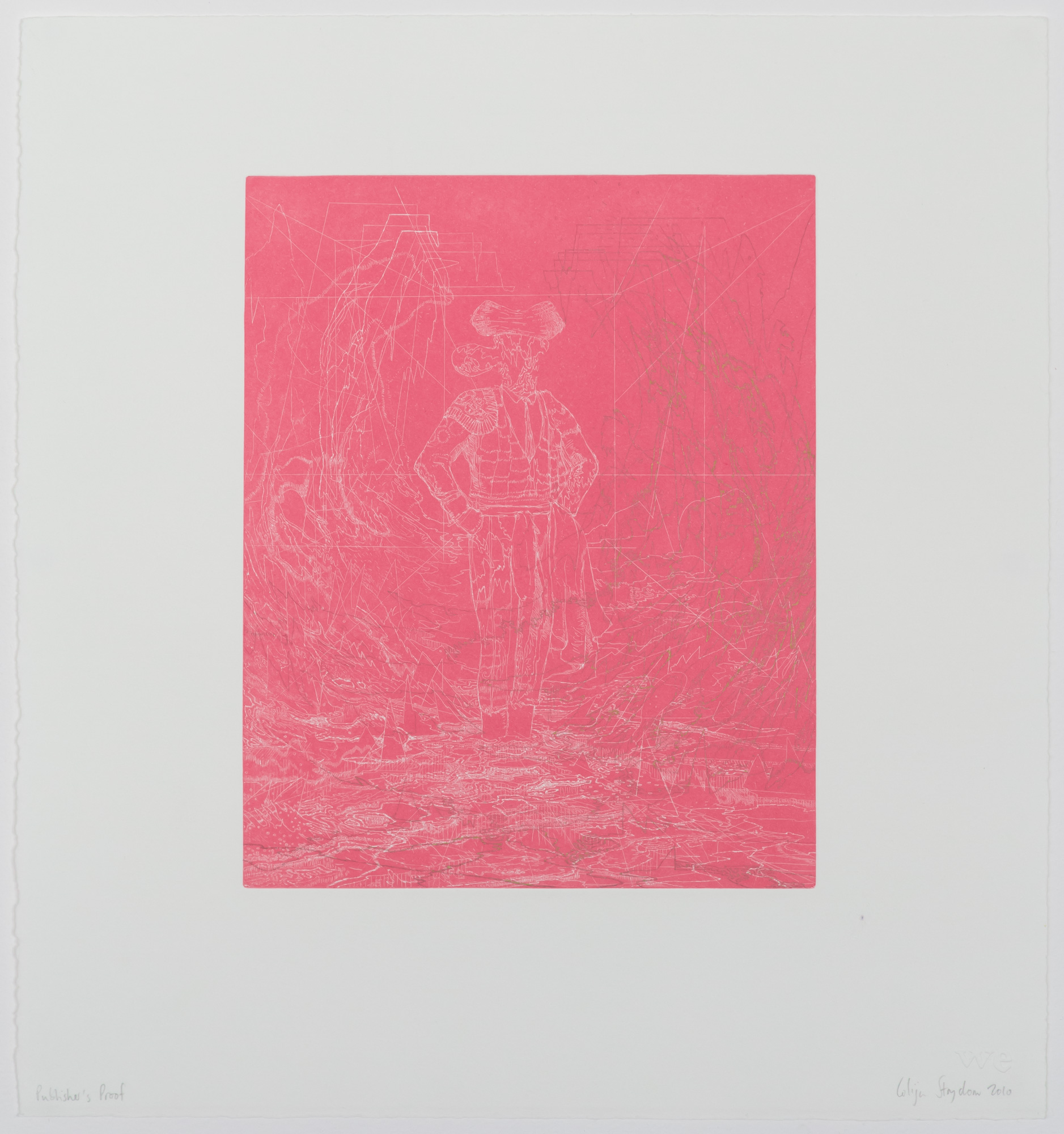 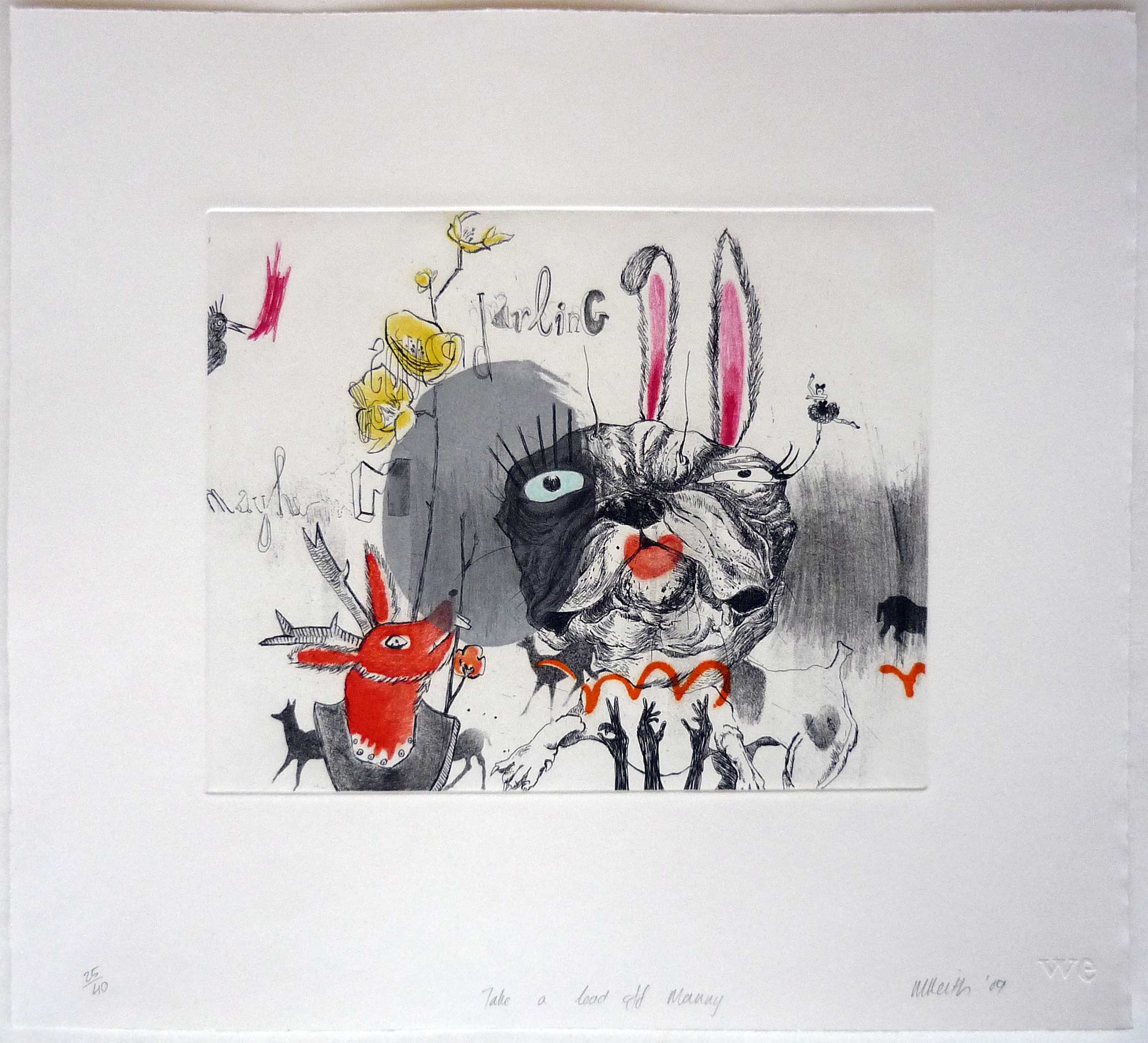