Kagiso Patrick Mautloa’s woodcut project, Urban Mask, was begun in late 2016 and was completed over the course of a year. The final work consists of 15 multi-layer woodcut prints, each drawn from the masks that Mautloa creates out of detritus he collects on the streets of Johannesburg, around his studio at the Bag Factory in Newtown. The colour selection for the woodcuts, differing from the mask sculptures, was inspired by Mautloa’s newer work in painting and drawing. Thus the series creates links between his two- and three dimensional work.

To create each print, an image of a mask was manipulated and deconstructed into layers, in order that it could be reinterpreted into the relief medium. Each layer of each print was then traced onto a separate woodblock using pigment paper made in the studio. Each block was then carved by hand.

In the meantime, a team was assigned to the creation of the substrates – a labour-intensive process involving pasting together layers of 100% cotton using wheat starch paste. Overall, more than 200 substrates were created in different sizes to accommodate the printing – which includes proofing as well as editioning – of the works.

The blocks were then inked up by hand using a brayer and printed onto the substrates. Each substrate was printed successively with the different layers making up each image, with a maximum of five layers per image.

There were many people involved in the making of this project:

Below are some images shwoing the making of the work.
To view the prints and pricing, click here. 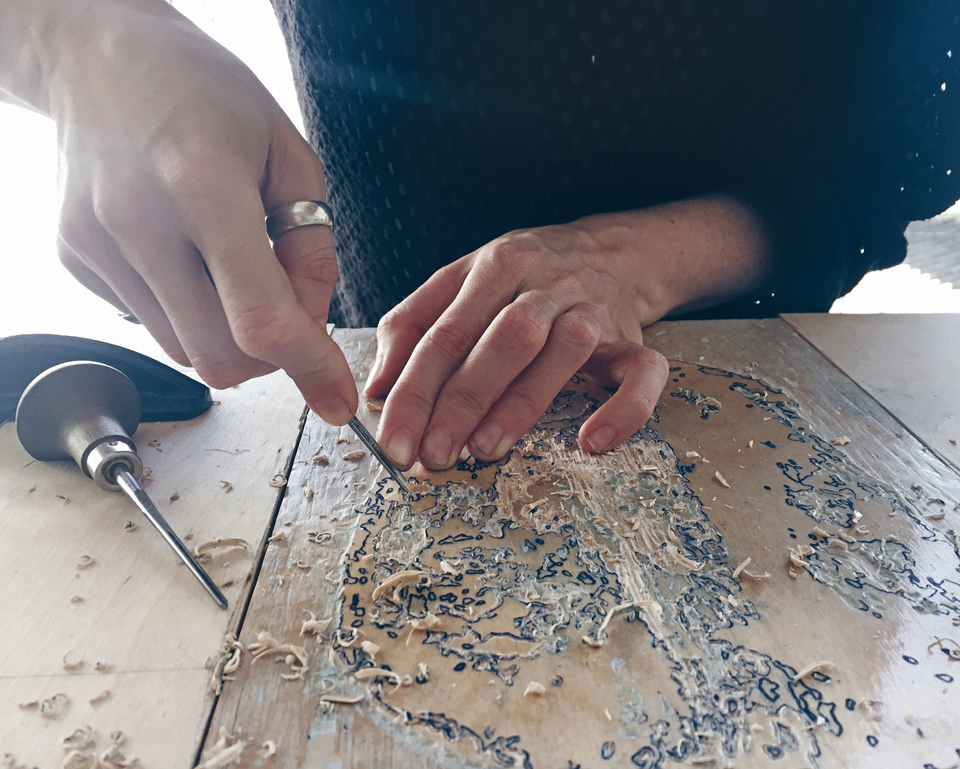 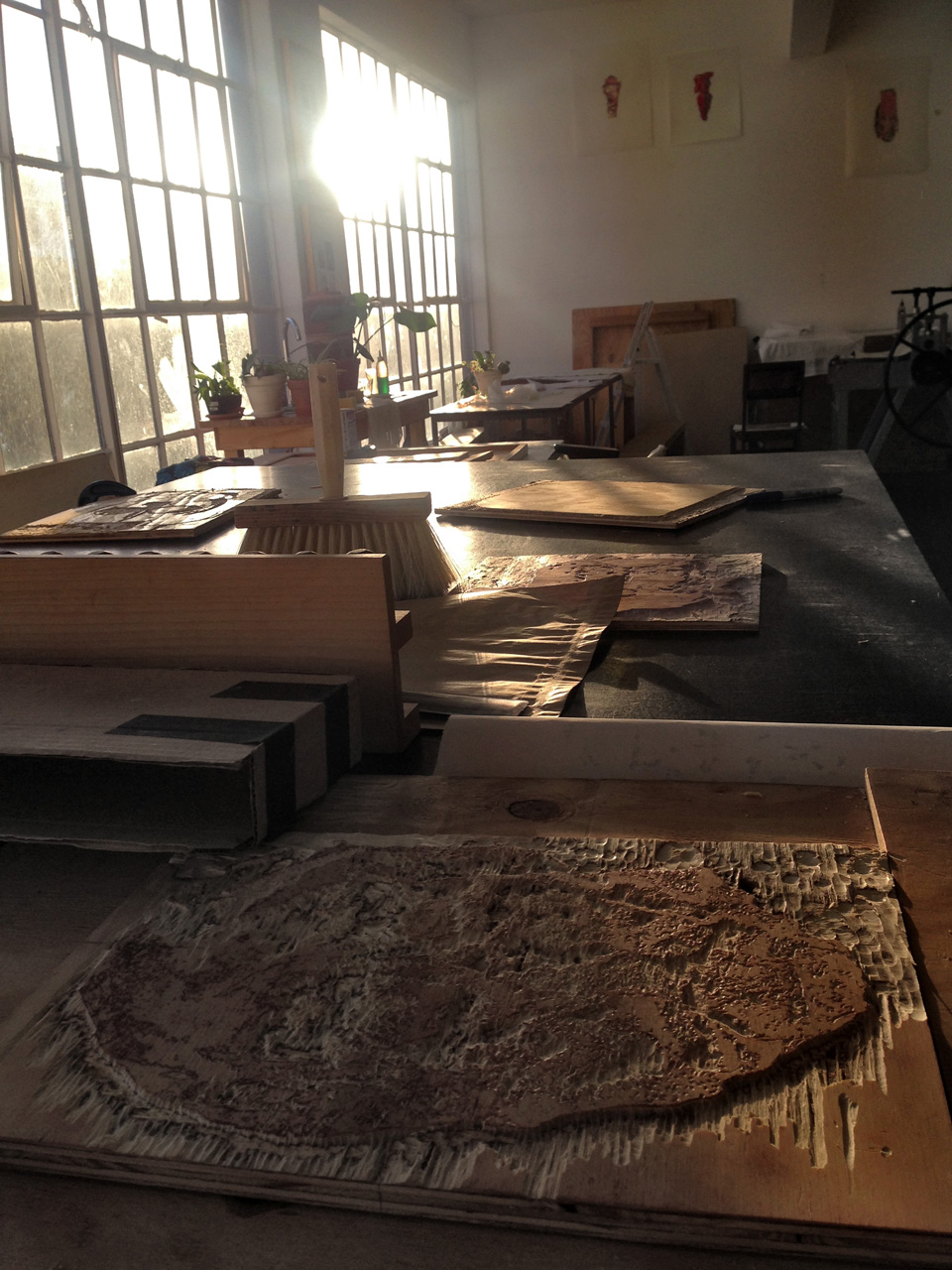 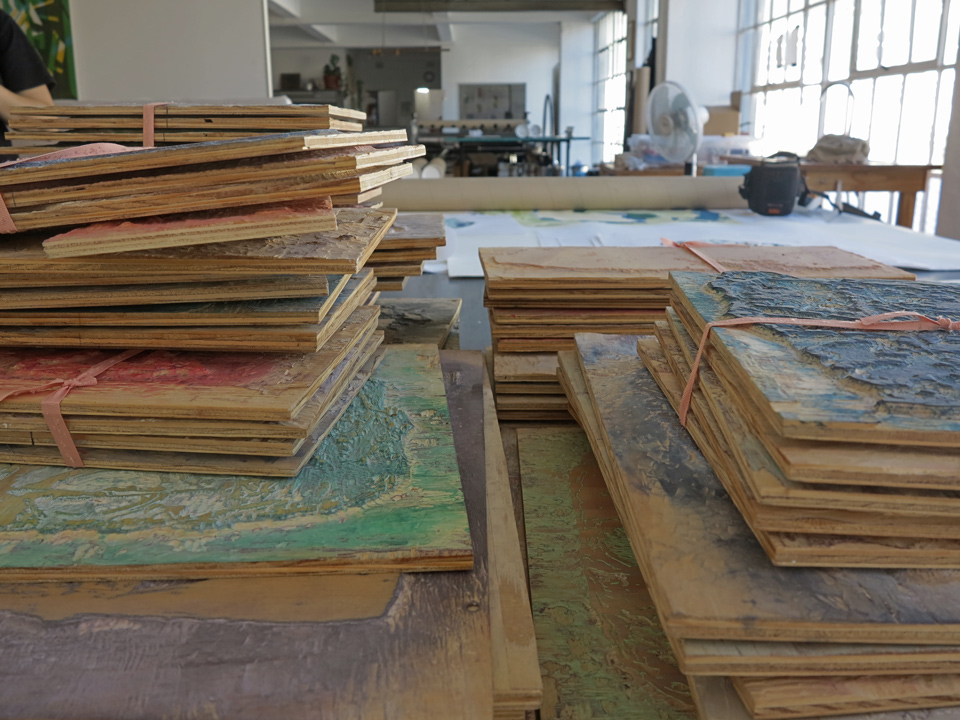 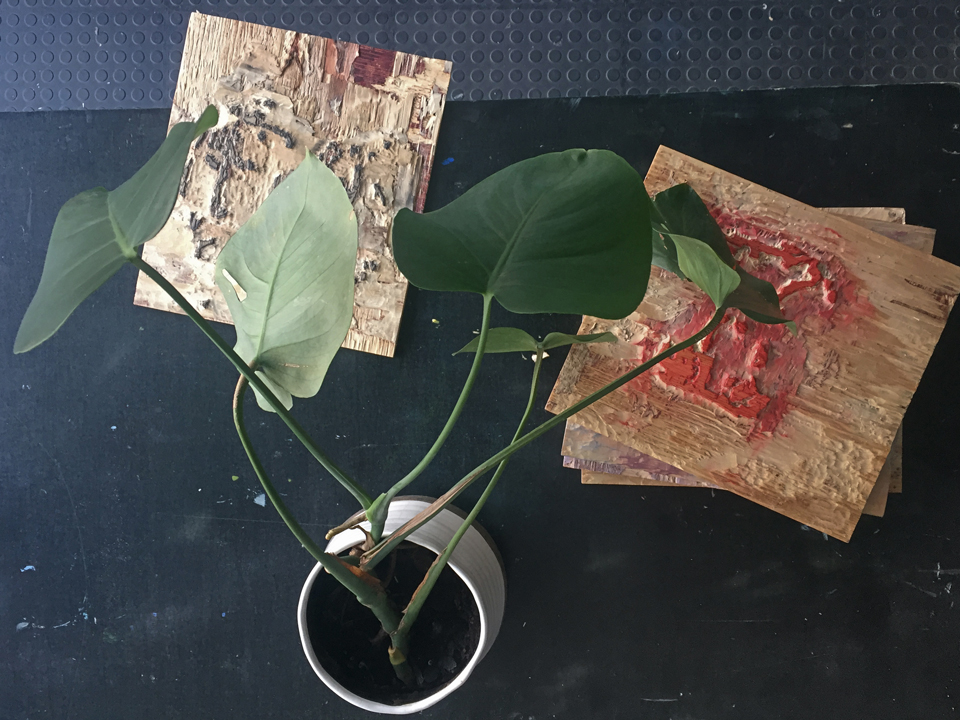 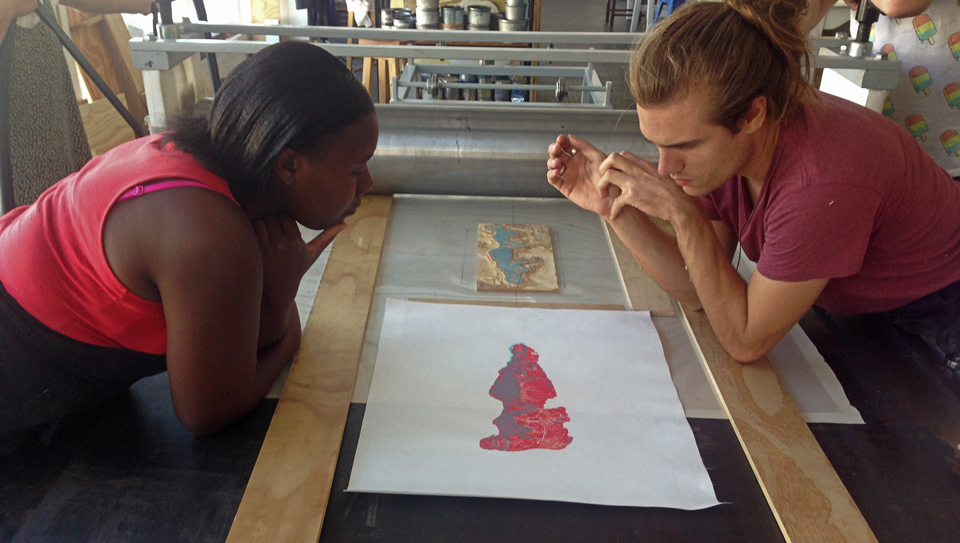 Benny Buckle and Janet Mbirimi reviewing the colour of a proof that has just been printed.