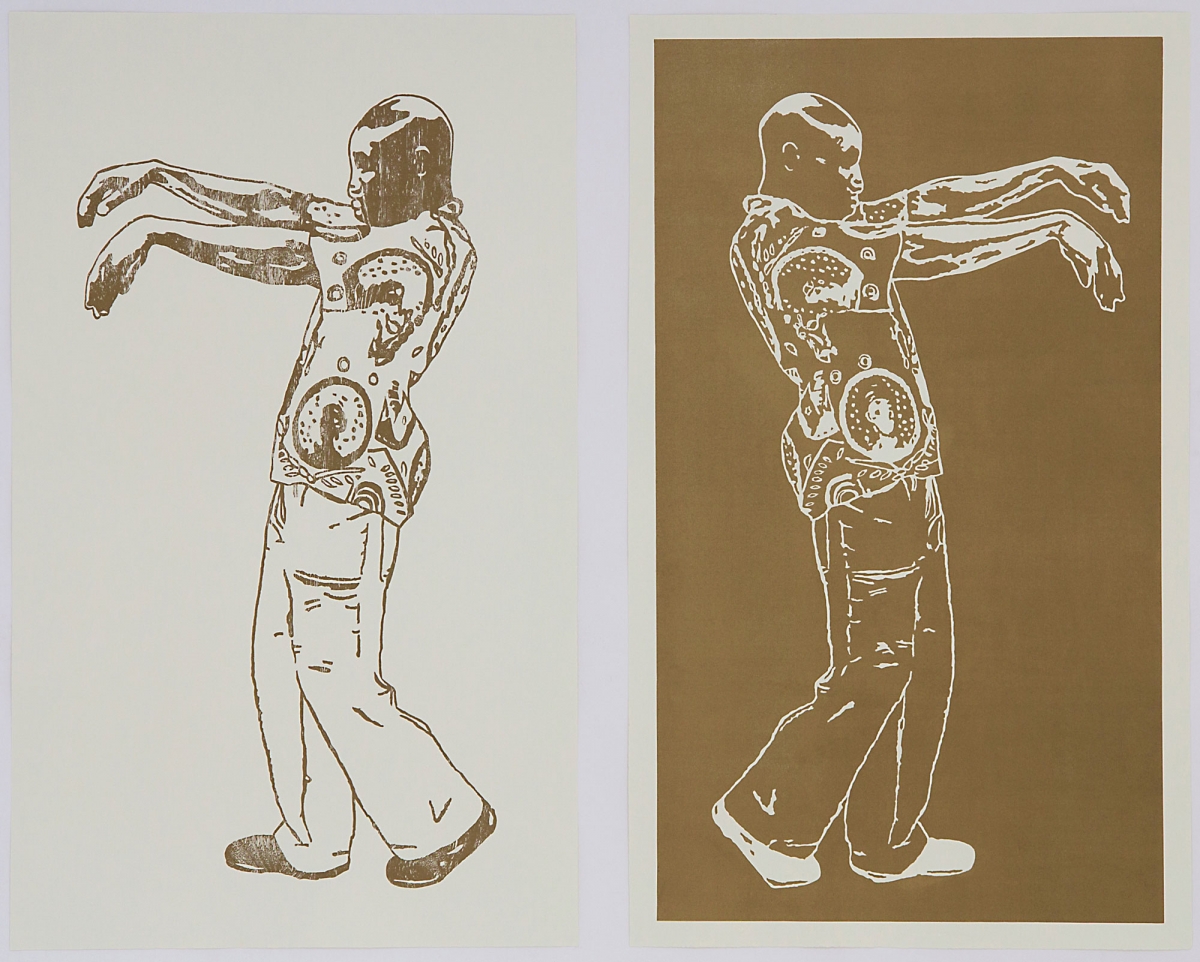 The Devil is in the Detail | New Prints by Brett Murray

The Devil is in the Detail will feature these new prints at Warren Editions Projects during June and July and range from small etchings to large human size woodcuts. The title, The Devil is in the Detail, is Zhané Warren’s response to the technical feats experienced and the conscientious and pedantic approach and mindset needed when producing the prints. The processes and tasks of producing prints specifically by Brett Murray have always brought about new challenges for the team at Warren Editions. Murray like Warren is always aware of the detail being the element that needs to be mastered.

For example we were constantly at war with the obstinate gold ink tasked to print Night and Day. Morné Visagie, responsible for printing the two-part woodcut explains in a matter-of-fact manner “it was a case of working with materials that are constantly working against you. And, so the approach was to manipulate the process to accommodate the materials”.

Zhané Warren responsible for the plate-production and printing of Call and Response I & II experienced a similar case. The traditional etching technique was employed to assimilate hand written text, but was not hand written. The line ‘I must not make political art’ was repeated row after row, each row mirroring precisely the previous row. As the case with Night and Day, the flatness of the hand-rolled gold metallic-based ink could be likened to a highly polished bronze sculpture, Call and Response had to be devoid of the characteristic foul-biting of etching and the visible short comings of the polymer used as the acid-resist framework for the etched, ink-holding crevices of the text.

The printmaking gods’ are at constant odds with one another, and together wreak havoc on the printmaking realm, inhabited by mere mortals donned with smeared aprons and inhaling scented viscous inks and solvents while attempting to paradoxically make by hand, in a slow almost time-stopping manner, the ever elusive perfect print. But, unashamedly the printmaking gods leave the detail over to the devil.