Posted by WarrenEditions on Oct 4, 2018 in Announcing | No Comments

Warren Editions made two etchings with Diane Victor that formed part of her Which Hunt? body of work, which was exhibited at Goodman Gallery Cape Town in June – July 2018.

Which Hunt? presented visceral new work in which Diane Victor grapples with South Africa’s gender-based violence epidemic and considers the complex social structures that underpin patriarchal power relations worldwide. Victor examined the pervasive effects of blame culture in society alongside depictions of women who have been made to bear responsibility for the abuse inflicted on them.

Deploying Victor-esque (dark) humour and characterisations drawn from real life, the artist considered universal traditions of violence against women, from the history of witch-hunts in Europe and America, to ‘corrective rape’ in South Africa today.

In her practice, Victor is renowned for boldly confronting taboo subjects and for rendering her subjects in affecting detail with masterful, mark-making across various mediums. This exhibition features etchings and lithographs, which were made during residencies in America and France last year, as well as large-scale drawings, smoke on glass and drawings made with candle smoke and ash as well as other burned materials.

– Text adapted from the press release by Goodman Gallery. 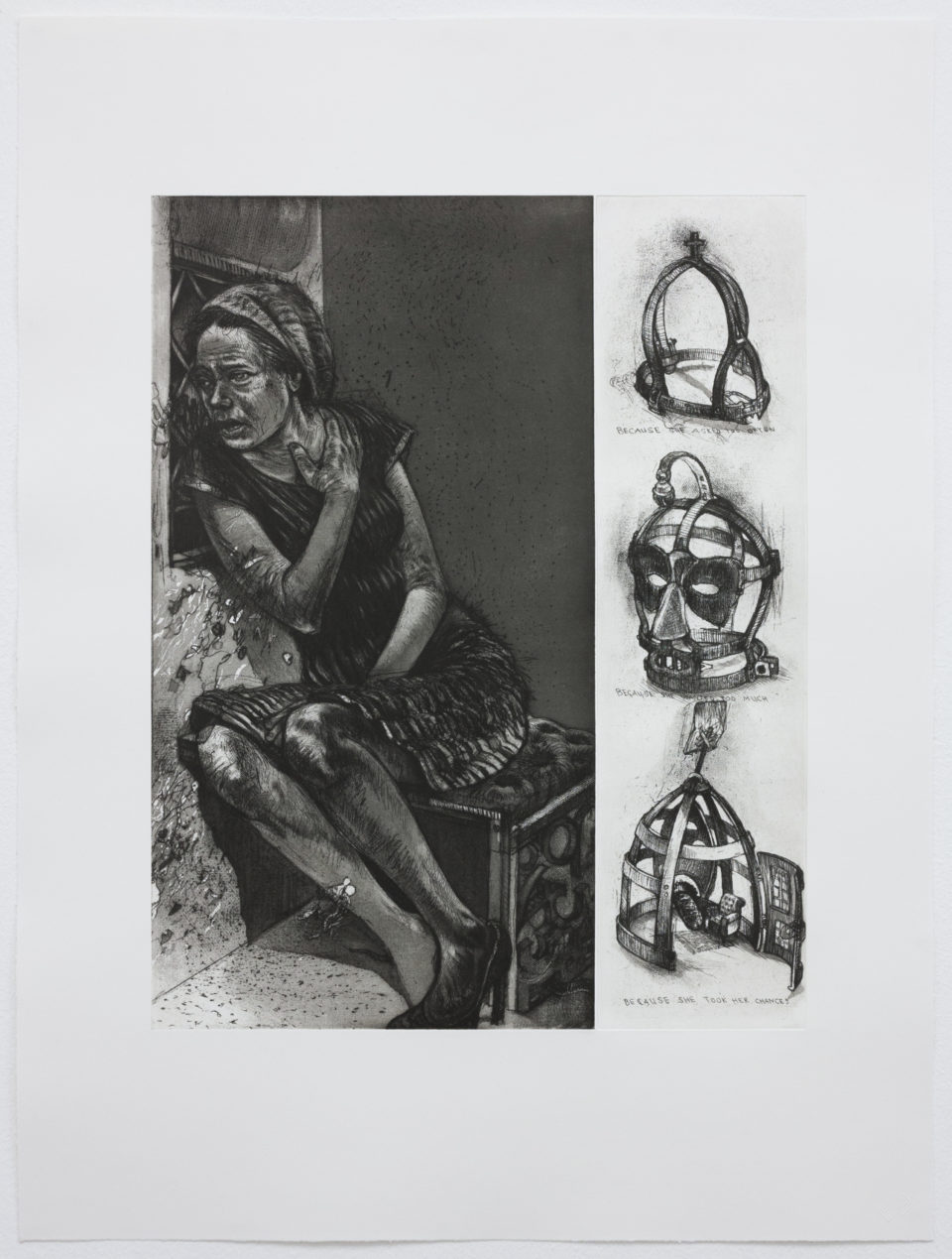 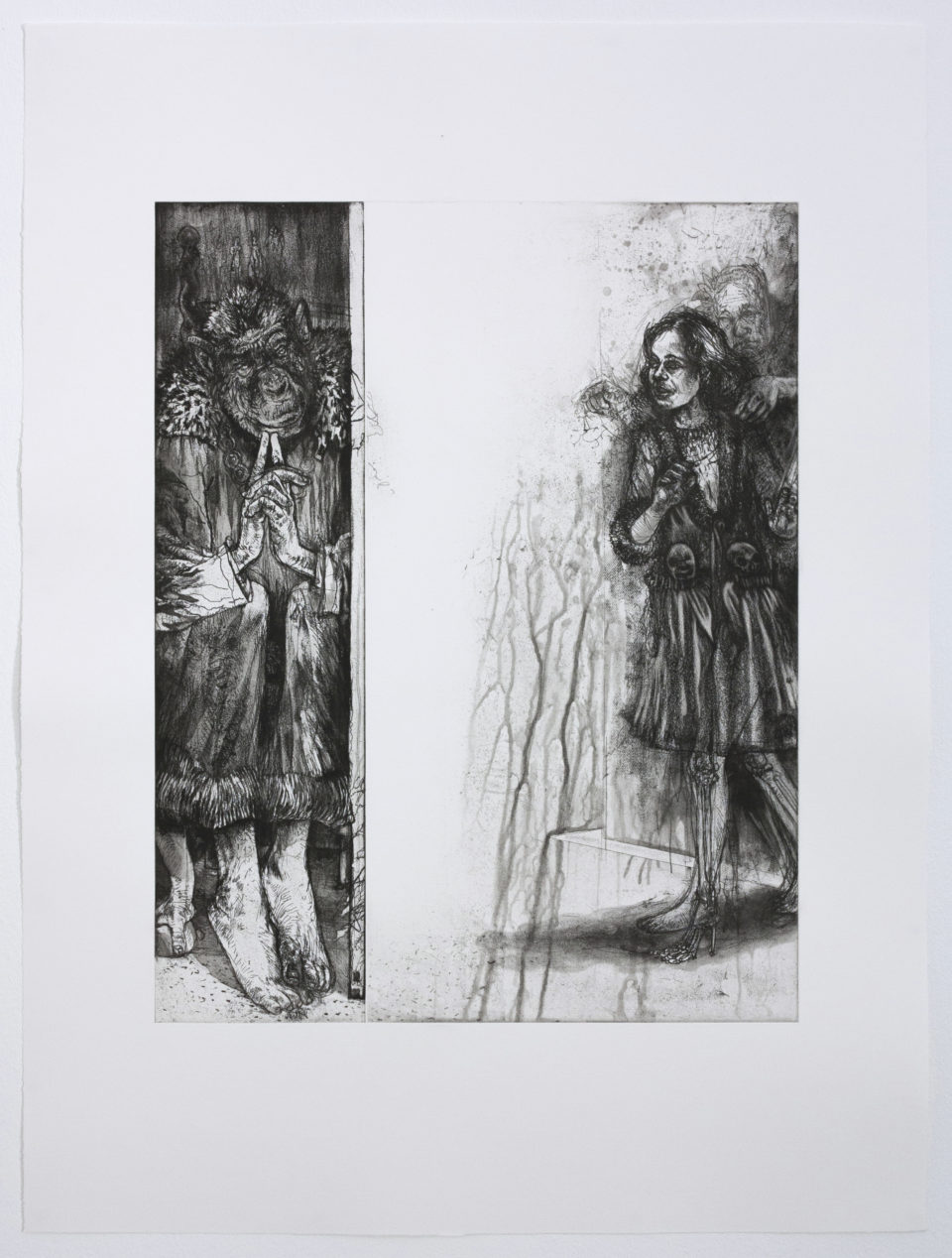