Posted by WarrenEditions on Jul 27, 2017 in Announcing, Exhibitions, Warren Editions Projects | No Comments 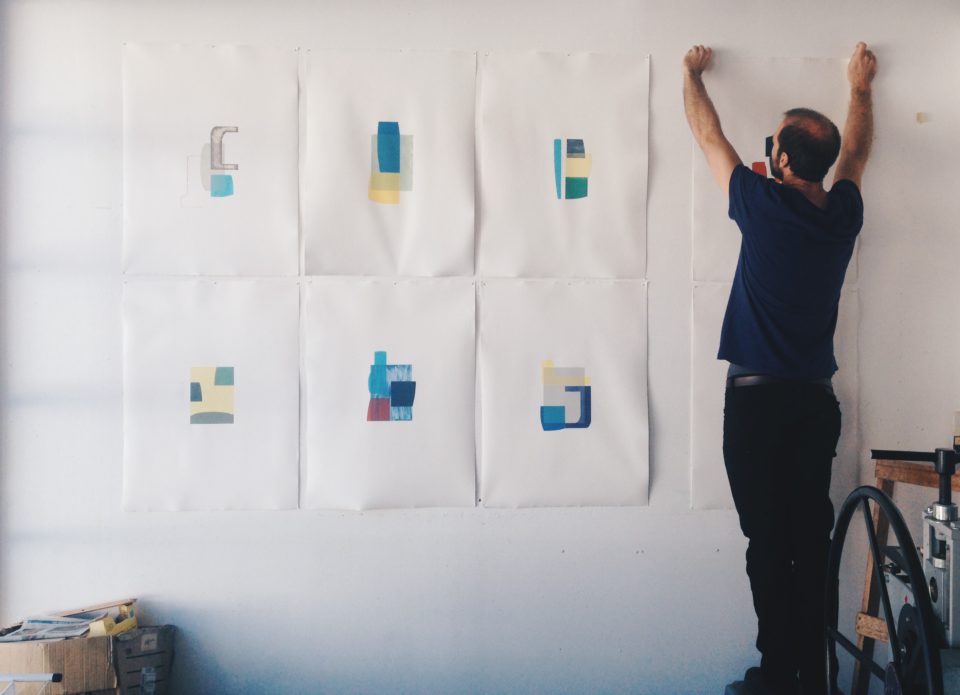 Warren Editions is delighted to present FLIPSIDE, a suite of monotype prints by Hugh Byrne, which draws on and investigates the visual language that he has developed in his painting and sculpture. The prints are published in collaboration with Ebony Curated will be presented alongside sculptural work. The exhibition runs concurrently with Tipping Point, a presentation of Hugh’s work at Ebony Curated in Loop Street. Please join us for the opening of the exhibition on Saturday 5 August at 11:30.

In his painting and sculpture practice, Hugh meticulously plans ahead. His controlled working method allows him to achieve the clean, crisp edges of his shapes and the deliberated palette unique to each work.

In studio, often the greatest challenge facing the artist is the relative lack of control presented by the printmaking medium. For Hugh’s project, certain things that were planned ahead: a series of Perspex shapes, that he garnered from his paintings, prepared in different sizes; a pre-mixed palette of colours. Also in this jurisdiction was the application of ink onto the shapes by hand; the paper size; setting the pressure of the press. However, at every point there are also many variables that resist practitioner control: for instance, the stretch of the paper when wet; the transformative effect of the pressure, which produces results that are unpredictable; the particular way in which colours will mingle to form new ones.

It is the nature of printmaking that chance plays a bigger role in the creation of the work than what Hugh is accustomed to in his studio. This required Hugh to adapt his working method – away from planning, and toward intuitive response; away from smooth and flat colour, and toward adopting texture and embracing translucence.

This process of allowing each decision to be guided by the results of the previous one was amplified and honed in the studio. As Hugh became more comfortable, he spent less time on exact registration and anticipating outcomes. More time was spent using various inking techniques to achieve texture, and arranging shapes directly on the press bed. The composed and elegant prints that have resulted from the collaboration are indicative of a loosening in Hugh’s approach – the flipside of his painting and sculpture practice. 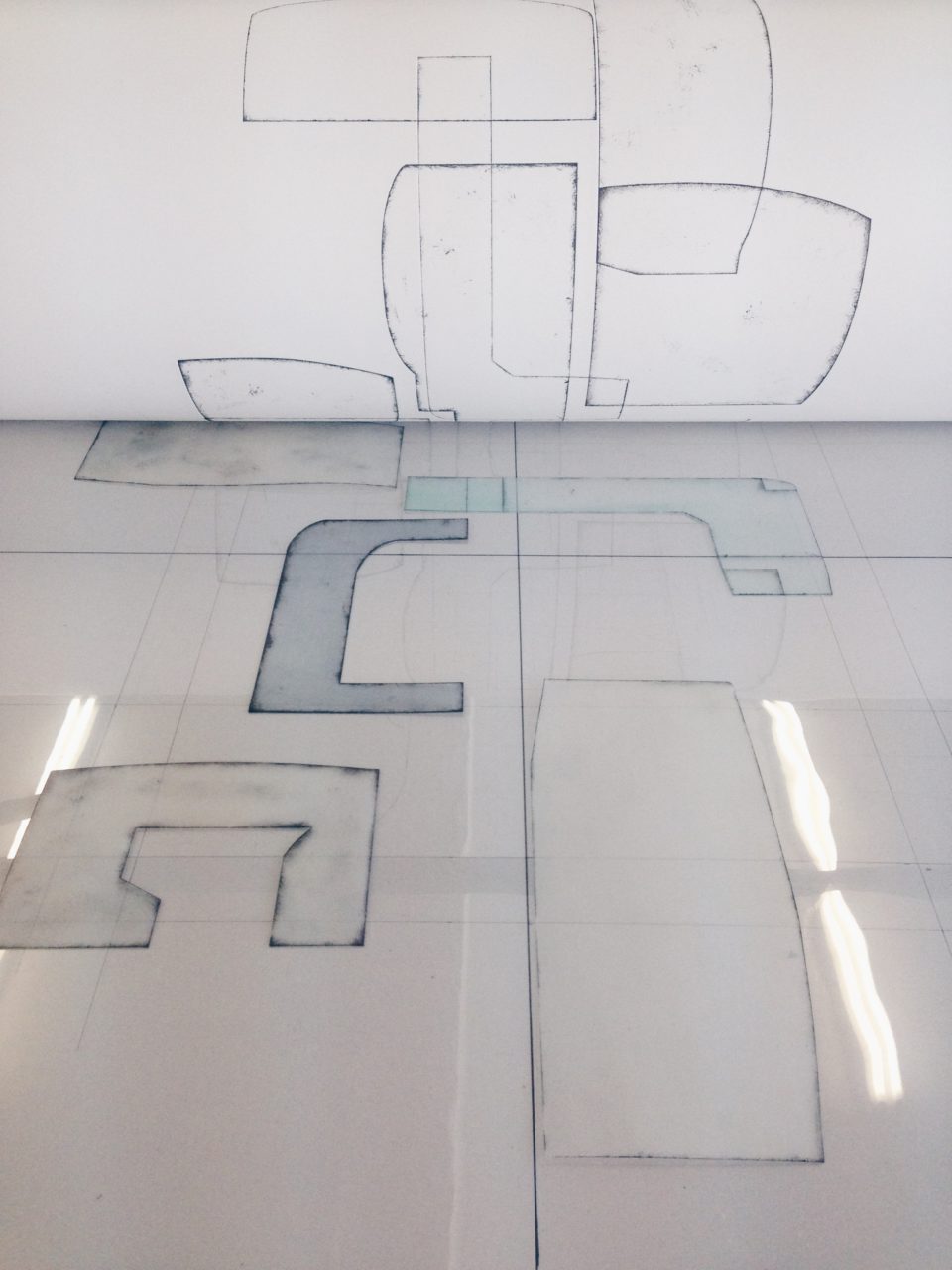 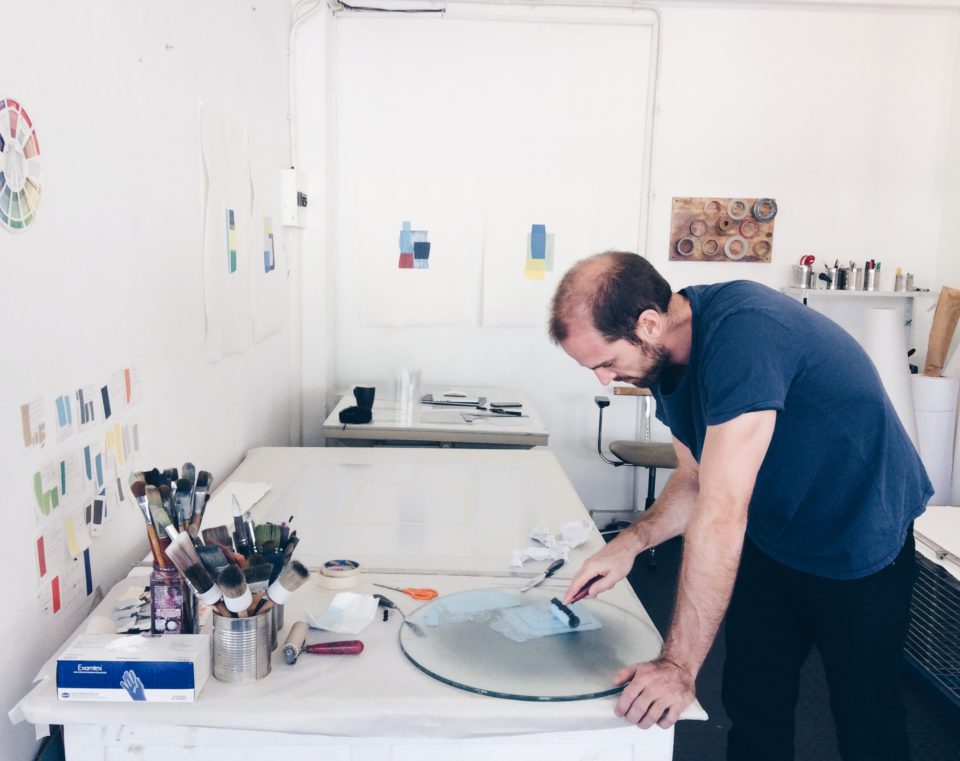 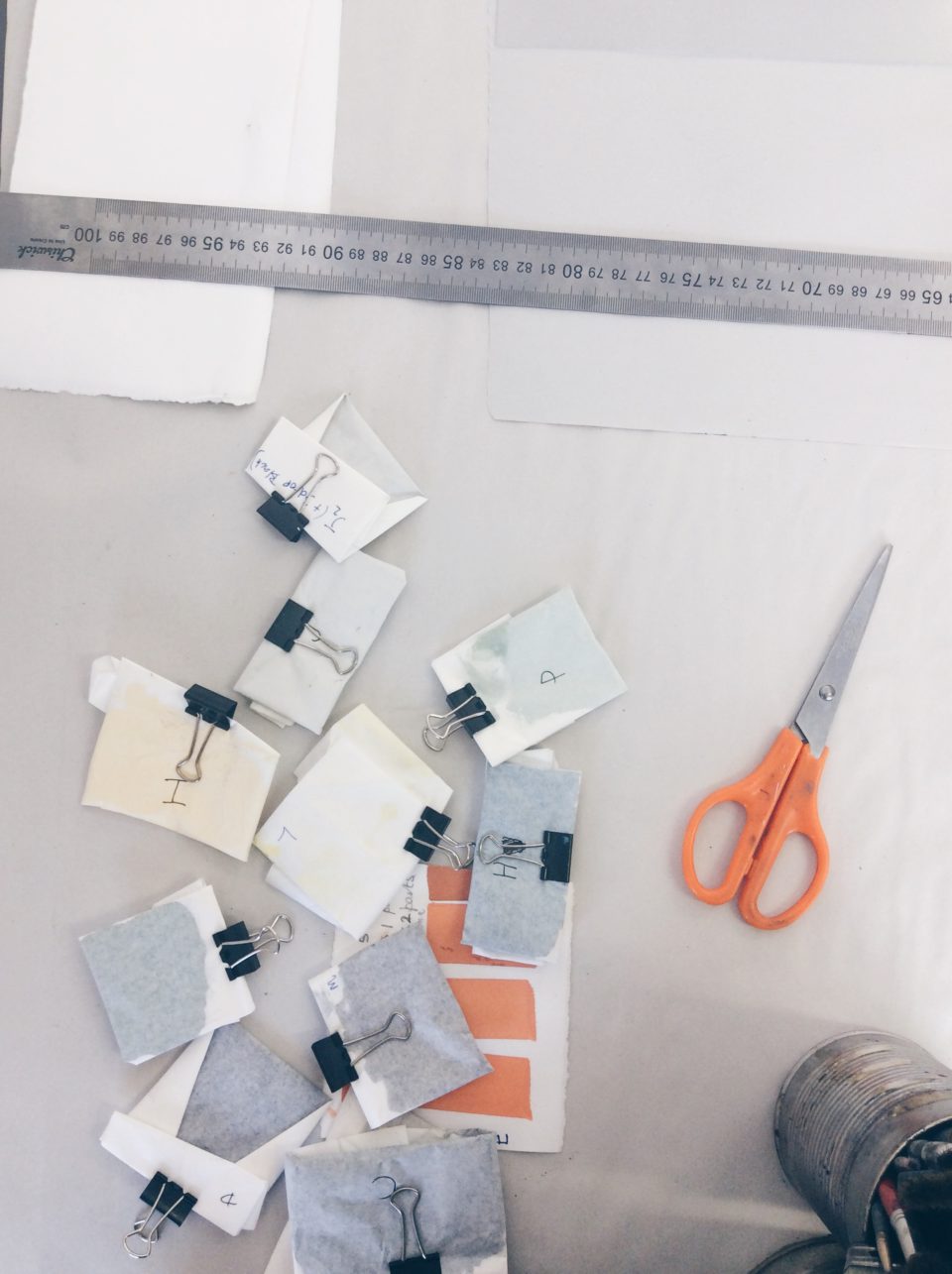