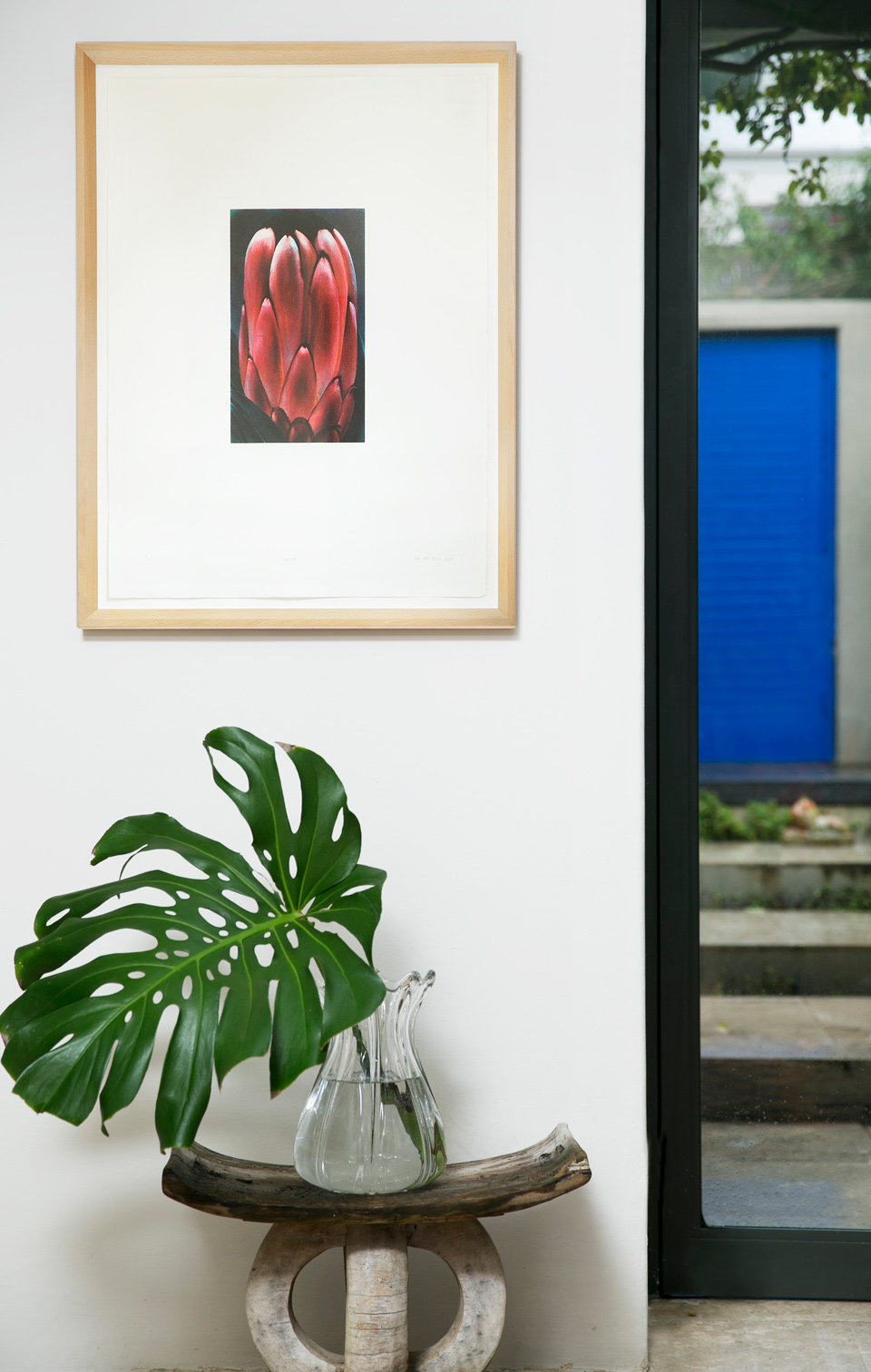 A short video showing Ina van Zyl’s method of working in her studio. The video forms part of the series Hollands Meesters by Gülsah Dogan.

Publications on Ina van Zyl are available from Warren Editions.

Ina van Zyl (Ceres, 1971), lives and works in Amsterdam, Netherlands, studied graphic design and fine art at Stellenbosch University. As a student she was a regular contributor to Bitterkomix during its early days. She graduated in 1994, majoring in drawing. Ina first visited Amsterdam in 1995 as a guest of the Thami Mnyele Foundation. She consequently moved there to study at De Ateliers (1996-1998) and continues to live and work in Amsterdam. During her residence at De Ateliers, Ina started to paint. She has been awarded several prizes for painting since. Her work is represented in various collections – both private and public. She regularly exhibits in The Netherlands and abroad.

Ina van Zyl explains the following of the print made in collaboration with Zhané Warren:

“Regop (translated ‘Up Right’) is made after my painting entitled Protea Erectus form 2010.

The thought of a Protea, like everything else I paint, strongly fills me with a combination of repulsion and attraction; beauty and disgust. These opposite forces reside in all my work. Imploded and isolated from its usual context.

My paintings are, as my charcoal drawings, saturated. Almost suffocated by the amount of paint and color, the canvases are densely covered from corner to corner. I aimed at obtaining a similar density and point of saturation producing this photo polymer Regop.

Light and shadow define volume and shape. Using intense colors, I create light radiating from the work itself. (Recently, in my painting, I have been working with very dark colors and trying to create light inside dark colors, with dark colors.)

Flowers, fruit, portraits, and parts of the human body, like hands, toes and sexual organs are some of the things I depict in my work. In a process steered by my visual interest, fed by longing, memory and association, I try to provide meaning to objects of no value.

Following the example of Giorgio Morandi, I try to show the abstraction of reality. I try to portray everything as objectively as possible.

Having made one work of a certain subject, I always notice yet another way to see the same subject, which I cannot ignore. In that way, satisfying my own curiosity, sequences originate. The Protea sequence of paintings was initiated by my painting Skaamrosie, 2007. This flower (Protea Nana) has particular significance to me having been on the emblem of my primary school uniform. It also seamlessly connects to the most fundamental layer in all my work: Shame. Shame to me is essential to being human. Shame covers up and isolates.”